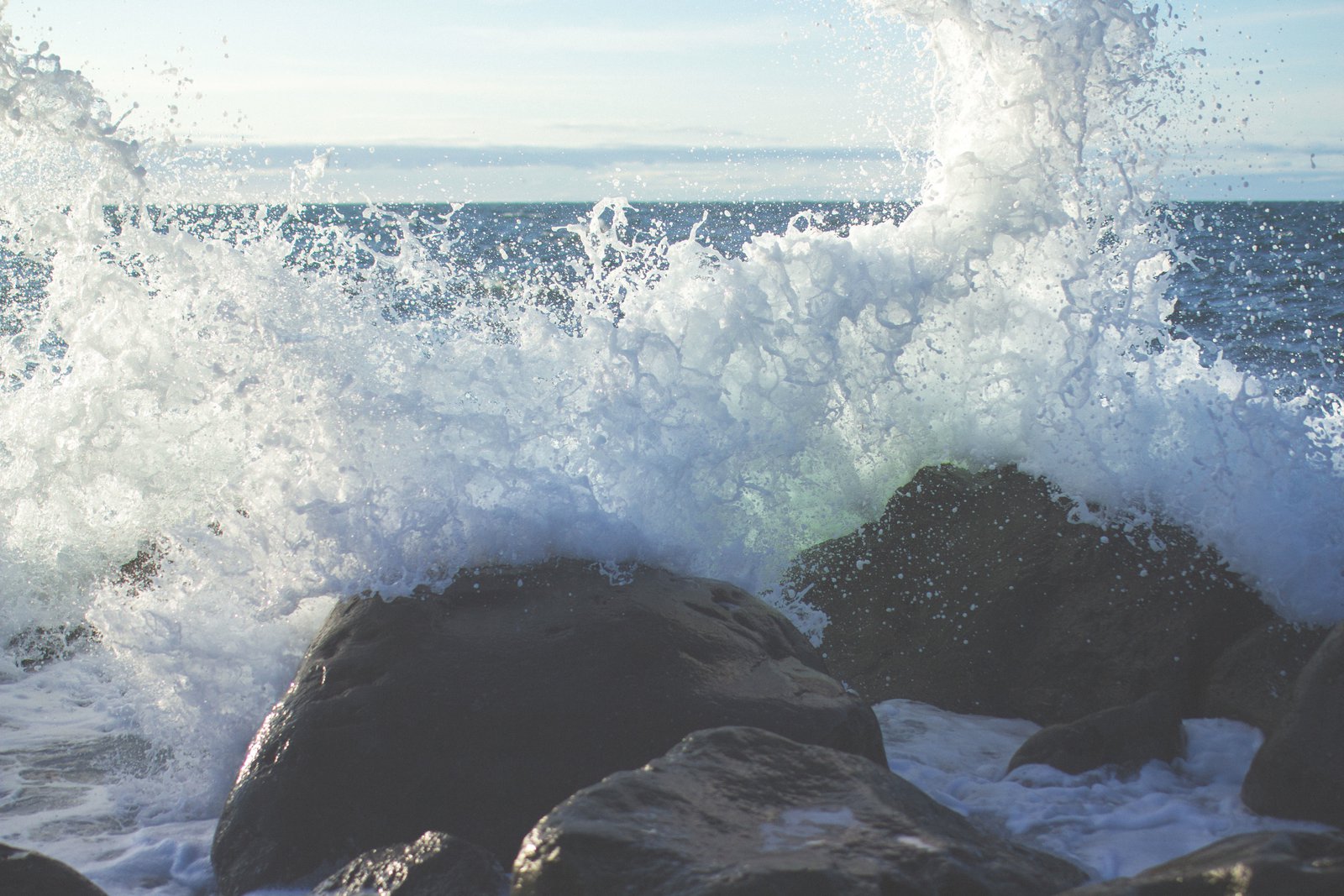 What To Do When Culture Is The Problem

If you’ve been in a job more than twenty minutes you’ve heard about “organizational culture.” For some it is the one-size-fits-all answer used to explain every advantage and success: “Their culture was better than ours.” For others it is the ultimate scapegoat, the short-hand explanation for every failure: “Our culture is just terrible.”

Sometimes worshipped, sometimes maligned, culture is potent but inscrutable. It is the wind of organizations – we can’t see it, but we can feel it. We can’t describe it, but we know when it is there – and when it isn’t.

In the social purpose space, culture is doubly important, because our organizations exist not simply to make a profit for shareholders but to make an impact in the world. Part of that impact includes how we treat each other while working to create change.

In our strategy work with social impact organizations, nearly every engagement we have involves culture in some way, shape, or form. We’ve developed an incredible respect for the power of culture. We’ve also learned about its limitations. In our minds, a supportive culture isn’t enough to guarantee success – but a destructive culture will derail even the most intelligent plans.

So what is it? How can you harness it? And what if your culture is creating headwinds instead of tailwinds?

First, a quick note about what culture isn’t.

Have you ever potted a plant at home? You get a flat of flowers from the garden store – red ones, orange ones, yellow ones. They are beautiful, and yet you know that they won’t survive on their own. So you bring them home and carefully pick out a pot, one big enough to give them room to grow. You punch a hole in the bottom to allow for drainage. You add in special soil and fertilizer to encourage them to blossom.

That’s how we think about culture. Your strategy is the flower. Everything around it ­– the pot, the soil, the fertilizer – is culture. Culture is the environment in which we operate, the things we surround ourselves with, and the ways in which we make decisions. Too metaphorical for you? Try this:

Culture is three things: What we say; what we actually show; and the difference between the two. In other words, a organization’s culture is all the spoken and unspoken rules of behavior. The size of the gap between the two shows you how healthy or unhealthy the culture is. The bigger the gap, the more the culture is off track.

Early in my career I worked at a company where one of the values was “the obligation of dissent.” New employees were told that we were hired because of our opinions and intelligence, and that our company wanted both. I remember one of the first team meetings I attended. Two vice presidents got into an argument right in front of me about a core element of the young company’s strategy. It was a bit unsettling – but more than that, it was encouraging and emboldening. Rather than shutting the conversation down, the COO turned to us and said, “Let’s give these two a hand for reinforcing our values.” That young company faced a lot of challenges as it grew, but culture wasn’t one of them. There was a core set of written values that were continually highlighted. The leadership team took pains to reinforce the values and make them real.

I left that company after several years and went to another firm. On the outside, it looked like a stronger company: Bigger, older, more well-known, a charismatic CEO. The culture was very palpable – the only problem was, the actual culture was almost the complete opposite of what the company claimed it to be. The company claimed to value its team, but employees were routinely asked to work long hours through the weekend. The company claimed to want creativity and new ideas, but the CEO regularly reprimanded people who disagreed with him, sometimes in very humiliating ways.

In this organization, the problem wasn’t a lack of culture. In fact, the culture was so strong you could sense it as soon as you walked in the building. The problem was that the culture was almost the complete opposite of what the leaders claimed it was. As a result, cynicism was rampant; turnover was high; and the important conversations happened at the water cooler rather than the boardroom.

This brings up an important point about culture: saying a company has a “strong” culture is different than saying it has a “good” culture. Think about aroma: can you imagine the hint of an appealing smell, perhaps those flowers you planted in the springtime? The smell is nice, but you can barely make it out. Contrast that with a pungent odor of a nastier kind. The pleasantness (or unpleasantness) of the odor is different than how detectable it is!

Why Does It Matter?

There are a few reasons that culture matters. For one, just like great soil will help the flowers grow, a good culture will allow you to achieve more. A culture that allows for risks and tolerates failure will enable you to try a new peer-to-peer channel. A culture that values growth could allow you to chart a path from assisting on an event to directing it. A culture that encourages experimentation will let you alter your email segments to see what happens.

Or, a culture where no one tells the boss when something goes wrong will keep you from learning from your inevitable mistakes. A culture where everyone competes for the credit could make you desperate for validation and hamper your teamworking skills.

Two, the culture of your organization has a direct impact on your quality-of-life. Having direct, and sometimes strenuous conversations, can leave you tired but fulfilled at the end of each week. On the other hand, spending your day whispering and trading text messages in a meeting might leave you wickedly interested but hollow. It’s your movie: how much drama do you want in it?

Finally, the culture of the organization is part of the hard-to-describe, easy-to-see authenticity that customers, donors, and constituents increasingly notice. If you are rolling your eyes at hypocrisies and contradictions, chances are people from the outside are too. Long-term, that won’t be good for your organization or your career. Remember, culture is the soil of the organization. Plants that need healthy earth won’t grow in corrupted dirt. You might get some weeds to grow by accident, but if you want roses for yourself and for everyone around you, you’re going to need to do some work.

How To Tell If Your Culture Is Hurting You

So how do you know if your culture is productive or counterproductive? Chances are if you are reading this you already know, but here are a few quick ways to diagnose your environment.

A Few Ways To Get Back on Track

Once in a while cultures are deliberately sabotaged by selfish managers, political staff, and terrible incentives. Most of the time, though, cultures get off track simply because of neglect. No one waters the flowers, and they start to wilt. Keep them dry long enough, and it will be hard to remember what they used to look like. Here are a few ways that you personally can improve your culture.

1. Lead by example. In their leadership classic The Leadership Challenge, Jim Kouzes and Barry Posner outline their research on the practices of great leadership. Their first leadership imperative is simple: “Model the way.” Acting the way you want the world to be is always a good first step. Working in a culture of silence even though the organization says it values input? Raise your hand during meetings and give your opinion. Tired of a lack of follow-through on projects? Keep a punch list of active projects and review through them with your team every several weeks.

2. Recognize values. As we said earlier, culture isn’t just about a list of values – but the values of the organization can become a powerful cultural change agent. The organization’s values, vision, and mission, because they are written down, can provide a safe way to begin changing the culture around published words that everyone is supposed to already agree with. Spend a bit of time each week recognizing the people around you for living by your organization’s values and mission. This doesn’t have to be difficult. A short email that says, “We say that we are about customer service, and I really saw that from you this week during your phone call with that upset man from Delaware” can have a profound impact. Sometimes the organization’s values are derided – but you don’t have to look down on them just because everyone else does. Every time you highlight them you make them more real.

3. Host a regular “new ideas” meeting. Organizations that have trouble innovating or changing are usually caught in their own processes. Brainstorming, creativity, and ideation are very different activities than managing, checking progress to plan, and giving updates. But often organizations try to combine the two. Process-oriented people get frustrated by the lack of structure, while creative people get frustrated at attempts to bring them “down to reality.”

One way to get new ideas flowing – and to model that new ideas are important – is to separate brainstorming from management. Host a regular meeting when you get a group of people together to discuss new ideas for a particular project or initiative. The only rule is that you do not discuss implementation at this meeting. Instead, the goal is simply to come up with ideas. You may have to put some structure to things: “Today we are looking for ways to increase engagement from recurring donors. Go!” Every time someone says, “That won’t work here,” politely tell them that the purpose is simply to surface new possibilities.

5. Use the RACI chart to clarify responsibilities. Sometimes, the issue isn’t a lack of ideas, but a lack of clarity about who does what. We often use a RACI exercise to help teams become more comfortable talking about who does what. Your willingness to engage your co-workers in an honest discussion about accountabilities can do wonders for trust.

6. Don’t Get Discouraged. The most important lesson we’ve learned about culture is that you never arrive. A culture that is empowering, encouraging, and supportive isn’t a specific objective any more than a garden is a goal. Culture requires constant attention, care, and nurturing. Part of the reward of a vibrant culture, actually, is the care it requires – there’s nothing more emboldening than talking with a group of people you trust about how the group can achieve more. 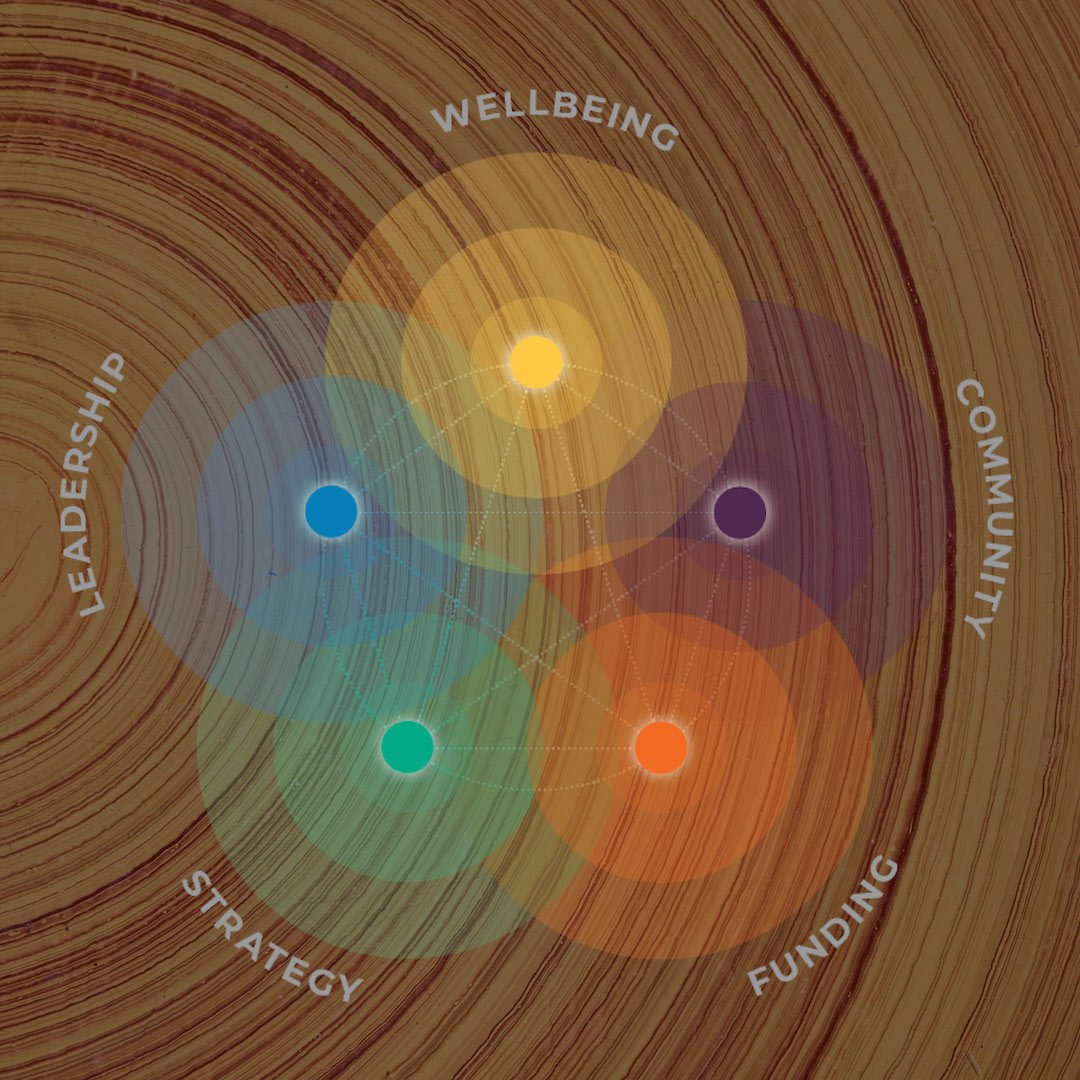 The Five Keys Culture Assessment is designed to help you understand your organization's culture and its orientation towards growth. And it's free!