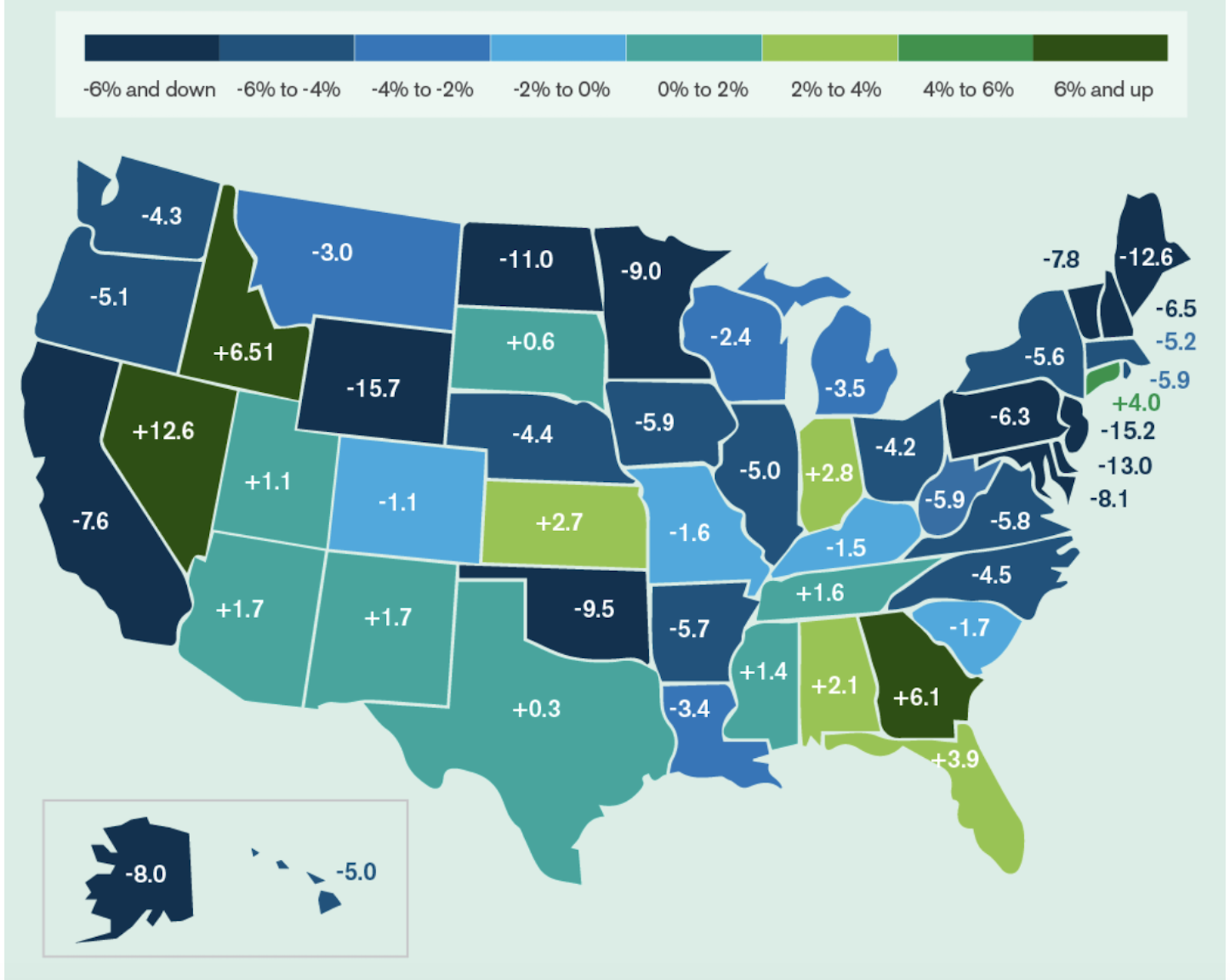 We originally wrote this post in December 2014. The Great Recession was solidly in the rearview mirror, the economy was picking up, giving was on the rise, and while we didn't know it at the time, we were on our way to years of solid growth.

How times have changed.

It's now the beginning of April 2020. Coronavirus has literally shut down our personal and professional lives, much of the world economy is in standstill, and cumulative jobless claims over the last two weeks alone total nearly 10,000,000 – shattering every previous record. Given that unemployment is a lagging indicator, even accounting for the acute severity of the Coronavirus crisis we're almost certainly on the brink (or already in) a recession that could make the "Great Recession" look like a tiny blip on the radar.

It's not surprising, then, that over the last three days this five-year-old blog post has received an incredible amount of new traffic. So, we thought we owed it to the people reading anew to update some of the conclusions. The surprising development we reported on in 2014 is that during the last recession, charitable giving actually increased in a number of households. Though their own economic situations worsened, many Americans became more generous to and for those in need.

Note, however, that these are nominal dollars – that is, dollars that aren't adjusted for inflation. In inflation-adjusted terms, giving decreased significantly. You can find the underlying data at the Urban Institute here.

So, look for the silver lining, yes. But plan for the dark cloud. Now is the time to solidify your core donor relationships, look at your expenses, get a clear picture of where you stand, and find a unique way to develop and articulate the impact you make.

It's going to get harder before it gets better.

As almost everyone in development knows, a significant amount of charitable giving occurs during the time between Thanksgiving and New Year’s Day. According to Guidestar, over half of the organizations surveyed received most of their contributions between October and December. A 2012 Center on Philanthropy at Indiana University study showed that among high-net worth donors (households with income greater than $200,000 and net worth over $1,000,000), nearly 43% of those surveyed gave more during the holidays compared to the rest of the year.

There is considerable evidence that tax policy influences giving, and many donors are probably rushing to get one last tax break for the year. At the same time, there is clearly a self-fulfilling prophecy at play as well: most nonprofits mount major year-end campaigns, and many donors are responding to the significant volume of asks they receive. While it’s interesting to consider what might cause charitable donations to spike – whether it’s tax season, or the goodwill of the holiday season and end of the year – it’s even more impactful to realize that even in the difficult recession and post-recession economy, constituents are still willing to make sacrifices in order to support the causes they care about. As a recession-era data set from The Chronicle of Philanthropy shows, even in tough times, we are surrounded by charitable abundance waiting to be unlocked.

From around December of 2007 to June of 2009, Americans suffered from tight wallet syndrome. The Great Recession, kicked off by the subprime mortgage crisis, affected us significantly: Americans experienced a 43% decline in median household wealth from 2007-2013, as well as a 7% decline in median household income from 2006-2012. Things weren’t great, to say the least – and no one could have blamed people for shifting their budget priorities from charitable giving to saving for food, mortgages, and other basic necessities.

But Americans responded to the recession in a completely unexpected way: they actually dug deeper and gave more – and between 2006 and 2012, people actually increased their giving by 2.7%.

In fact, the states that experienced some of the biggest decreases in median income actually increased their charitable giving the most. Nevada, for example, suffered a 20.5% decrease in median income, largely as a result of Las Vegas’s low hotel occupancy rates, high commercial real estate vacancy, reduced demand for new homes, and a huge decline in construction. However, despite the hard times Nevada encountered during the recession, the state’s residents increased their "giving ratio" by 12.61%.

Other states in the Top 10 also dug deeper while suffering steep declines in household income. Georgia, Florida, and Arizona all saw median income decline by over 10% from 2006-2012 and still increased their giving.

Americans who earned less than $100,000 annually gave 4.5% more of their income from 2006-2012, meaning that middle and working-class Americans gave more to charity even as they earned less. When times were tough, middle-class Americans adopted a “we’re all in this together mentality” and donated more money in an effort to help out others in similar situations. One non-profit employee rationalized the phenomenon of giving more during tough times as “It hits closer to home. Any day, they too could become homeless.”

Similarly, Stacy Palmer, an editor of the Chronicle of Philanthropy, says “lower and middle-income people know people who lost their jobs or are homeless, and they worry that they themselves are a day away from losing their jobs. They’re very sensitive to the needs of other people and recognize that these years have been hard.”

We living through another reminder that hard times are a part of life. Jobs can be lost, incomes can get slashed, and houses can cruelly disappear. But even throughout times of extreme need, there’s plenty for everyone – if we know how to ask and where to look.

We Can Help, Right Now

In this time of unprecedented change in 2020 we are here to help. We have tailored our services to respond to the many requests we're getting for quick advice, small engagements, and timely analysis.

Contact us today to learn how we can help you:

Previous Story
← The Invitation to Unsubscribe: Finding What's Essential For You
Next Story
Coronacare Favorite Movies: What To Watch this Weekend →