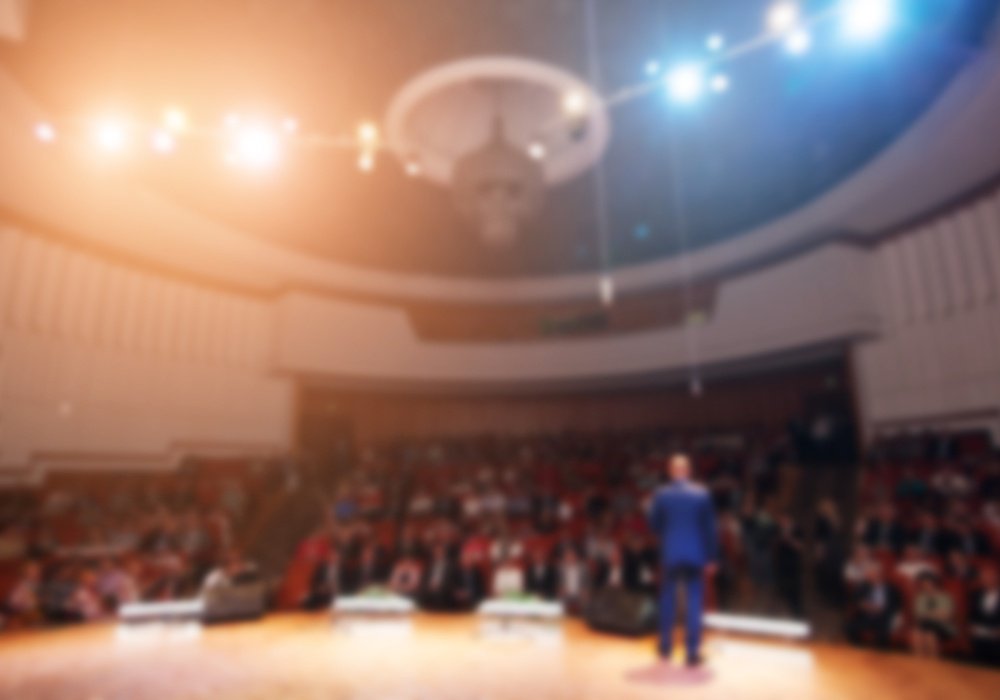 More Than the Sum Of Our Parts: A Recap Of P2P Forum 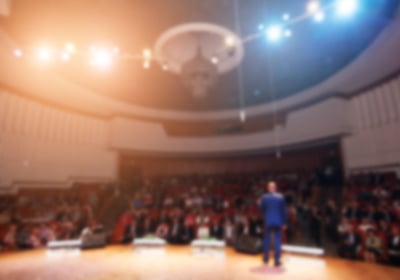 Since 2007, the Peer-to-Peer Professional Forum, formerly the Run-Walk-Ride Fundraising Council, has been the leading conference for the peer-to-peer fundraising industry. This year was the largest conference ever, and that fact alone speaks to the continued growth of the space.

For the entire history of the conference, Plenty has been proud to be the analyst and key thought leadership partner of the conference and its Fundraising Thirty study. The Fundraising Thirty is an index, similar to the Dow Jones Industrial Average — it does not catalog the entire expanse of the peer-to-peer universe, but rather follows a sample of some of the largest and most compelling campaigns in the space.

And like the stock market, the results are sometimes exciting, occasionally frustrating, and often inscrutable. Predicting which way the Fundraising Thirty will move is often as successful as predicting the weather. Some programs go up while others go down – without clear explanations. Some new and innovative activities seem to be catching fire, but in many cases basic and traditional activities like walks continue to grow. Some causes seem well-positioned to explode only to fizzle quickly – others capture support far larger than their impact on the population. Some stalwarts continue to grow; others falter. Some have fallen off of the index altogether, while others have emerged from literally nowhere to take a place on the stage.

In short, strong performance on the Fundraising Thirty, like the performance of companies on the stock market, is the result of a variety of factors. And, importantly, not all of those factors can be quantified. You might tell a friend that both Apple and HP sell “computers,” but in reality you understand there are huge differences in brand, leadership, quality, staff, and reputation of the two companies.

At no time has the complexity in the peer-to-peer landscape been more evident than this year. As we look at not only the 2015 results but the trending over time, it is clearer than ever that fundraising success is not just about the activity, the ask, or even the cause. People matter. Brands matter. And more than ever, leadership matters. 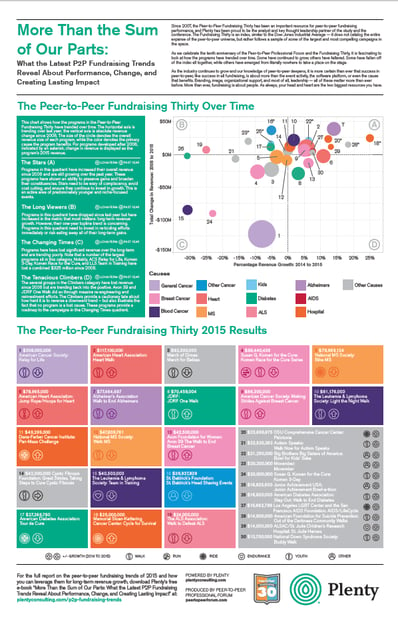 In some ways, this year’s results offer more evidence of the trends we’ve been writing about over the past several years.

More Than the Sum of Our Parts: Everything Matters

Looking at the 2015 Fundraising Thirty we can conclude something profound: There aren’t easy answers. Growth isn’t just about choosing “walk” or “ride.” In fact, more than ever, management, brand, and leadership matter.

The programs with the biggest long-term losses and biggest one-year declines show the criticality of engaged, self-aware, and forward-looking leadership – and the risks that come when that leadership is lacking. It is often tempting to think, as leaders, that we know best and that the world will come around. But organizational pride can be costly, and brands are fragile. Usually our constituents decide for themselves what they want.

Here’s the simple truth: to create multimillion dollar growth, there isn’t one component that makes all the difference. In fact, the defining characteristic of long-term successes is that they are vigilant about improving on multiple fronts at the same time, in an ongoing way.

The lesson of this year’s Fundraising Thirty is that strong results are about people – the people you serve, the people who support you, and the people, most of all, who create your program. Leadership matters. Impact matters. Culture matters. Team alignment matters. The path to long-term results comes from aligning those people to their intrinsic passions; ensuring those passions correspond to a shared purpose; and then, together, building a collective vision of growth that reflects everyone’s input and motivations.