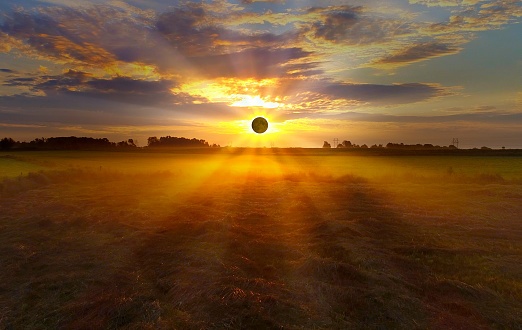 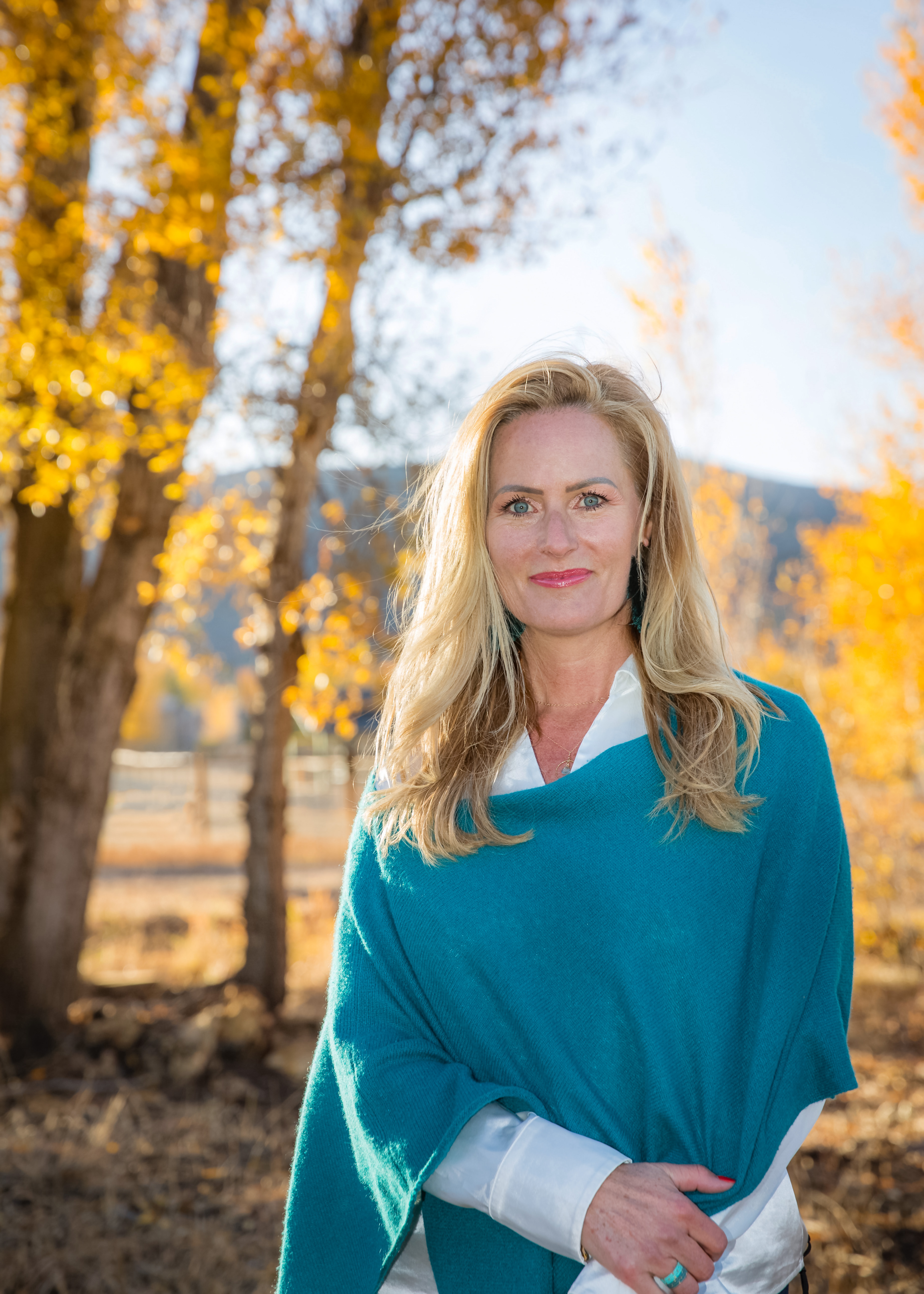 On Sunday, August 20th, I packed up my mom and two kiddos to head north to see the total solar eclipse. After receiving the invitation from a friend to share in the experience of totality, I tuned into my heart, ignored the media hype and decided to go. It was one of the best choices I’ve ever made.

We caravanned up to Driggs, Idaho with no traffic in sight. In fact the roads were clear and empty. Four and a half hours later we landed on my friend’s family property to setup camp in an open field with the Grand Teton in direct line of sight. Excitement, anticipation and wonder for the next day began to build as our kids ate, played and explored the land. The temperature dropped at dusk and after a yummy shared meal, we turned to our tent to get warm and sleep.

Riley, my twelve-year old son, woke me up at 5:30am and said, “Mom! You have to go outside and look at the sky.” And with that delightful invitation of enthusiasm, I arose. When I went outside of the tent, I could see the backside of the Teton mountain range lit up with pink and purple hues. The only clouds in the sky were arranged right over the peaks. I took a deep breath and felt the magic of the blue bird day and soaked in the softness of the light that began to subtly rise. The stars of the Milky Way and Big Dipper began to dim with the rising light and I felt already in awe of the majestic beauty.

I grabbed my card decks (a ritual I do every every morning to help set the tone and intention of the day) and sat in the camping chair in direct alignment with the soon to be rising sun. Everyone was still sound asleep and I sat there in silence noticing the light change in color across the horizon as the birds began to chirp and fly by. My hands were cold as I waited for the sun to shine its first rays. I stood with my hands high facing the light and began my sunrise meditation, silently speaking The Great Invocation, a sunrise prayer I’ve said for over twenty years. The light rose, the feathered sun shown and the radiant light poured forth into the earth and all its inhabitants, including myself. I asked to be used as a channel of love and light and for peace, harmony, and abundance to be bestowed upon the planet. The light was so bright and everything around seemed to be in the spotlight - clear, clean and vibrant.

After breakfast, we began to setup our mandala’s, water jugs, card decks, and crystals to be activated in the heightened frequencies during the eclipse. Four adults and four kids played, prepared, and talked about the timing of the stages of what we were about to see and we did our best to explain how significant and special this event was for us all to experience. We played peaceful music, put sunblock on, and adorned ourselves with a variety of eclipse viewing sunglasses. At 10:13am MST, the eclipse began with the first sighting of a micro mouse bite taken out of the top right of the brilliantly bright sun and slowly began to grow. It was as if a mouse took a bite out of a big round wheel of cheese as Mother Moon gently and slowly covered Father Sun. It was hot as we all stared up in the sky watching this unique galactic event.

As the new moon began to take over, the light around began to change. Our surroundings softened yet crispened with a light I have never seen before. The wind began to pick up and the temperature began to drop. We all commented on the goose bumps that appeared on our bodies and we were amazed by the sharpness in the shadows on the land. We heard cows mooing in the distance as the moon and sun began to merge as one. Then, once we were in totality, we all took our glasses off and lost our breath. I gasped in startled awe, repeating “Oh my God! Oh my God! Oh my God!” My body started shaking and I began to weep tears of joy as I looked up at the light. The sun’s rays shined forth in all directions with pure white light — the purest white light I have ever seen. A celestial spectacle backlit by a blue hue, we gazed upon the diamond ring of light with Jupiter and a few other faint stars shimmering in the sky. Beauty was in everything and everywhere. In that very moment, I felt pure delight, hope, activation, confidence and complete trust in the divine unfolding. We began to hoot and holler and scream with joy. The kids frolicked in the field as we saw witnessed a 360 degree sunset on the horizon all around us. Heaven came to earth.

As quickly as it came, these life-changing two minutes were over and the eclipse was on its way to the other side. We put on our glasses one more time and reveled in what we just saw and experienced. The adults laid in silence and stillness and the kids moved about as we watched the second half of the eclipse. We participated in the global meditation for unity and peace that took place at 12:11pm MST, all around the planet. It felt like home to be connected to so many people at the same exact time during this reset and rebirth time for humanity. You can watch encounters from all over the country with NPR's video here.

Reset and rebirth is what this galactic event was all about. The moon, representing the divine feminine, completely covered and obscured the sun, the masculine star. For two minutes and forty seconds we witnessed totality - a stillpoint, a pause and complete balance of light and dark, and the masculine and feminine. Energies heightened and beauty poured into the earth and all its inhabitants. This celestial shift of the new moon's cycle cosmically escorted us from the old into the new, inviting us to leave behind anything that perpetuates separation, darkness and stagnation. The light that was illuminated, whether you saw it or not, invites us to see beauty all around, to come back into harmony with ourselves and each other and to be hopeful about the bright future ahead that will be amplified by our choices and our focus.

We invite you to capture the illumination and to trust in the goodness of people, the planet and the highest possibility that is on offer for yourself. The time to transform and grow is here. It is now. It is waiting for you to believe it, choose it and be it.

These Stories on Wellbeing

Channeling the Peace of the Pink Strawberry Moon

Celebrating the Closing of a Cycle