The Truth About Being Right

I came across this gem by Georges Bidault recently, an active member of the French Resistance during World War II and later French prime minister: "The weak have one weapon: the errors of those who think they are strong."

His words reminded me of something I’ve studied in martial arts, particularly in takedown moves. Often the best strike is to leverage your opponent's momentum and let him carry himself down to the ground. This approach is built on the concept of letting your attacker overplay his hand and then guiding him past you towards the ground – like Wile E. Coyote zooming past Roadrunner over the cliff. 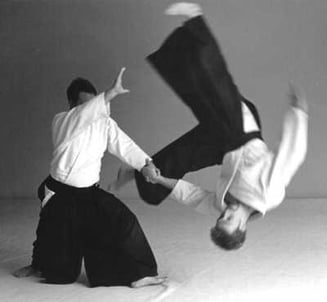 Have you ever been in a heated debate with someone who is pressing you and pressing you with a point that they are prosecuting with such ferocity that you are getting hammered against the wall with seemingly no option other than to concede?

Instead of rolling up your sleeves and combating their claims head on, sidestep their argument by saying, "Yes, you actually have some good points." You have now disarmed their case and opened the possibility of proposing suggestions (and perhaps even refutations) that have a much better chance of being heard.

Carl Jung famously wrote that "What you resist, persists." The harder you push, the harder the opposing force pushes back. In matters of discord, pride finds fertile ground. It is hard to slow down, regulate your emotion, and proceed methodically.

But the goal of most disagreements is not victory, it is progress, and progress requires commitment from all parties involved. Often we're better off starting from a place of assumed agreement and letting the other person's hubris create openings for our position. Let them be right, and in the process get what you want.

One thing we can all agree on is the importance of fundraising. Discover what motivates your supporters to fundraise and participate in your peer-to-peer events in our e-book "The Participant Gears." Download your free copy today!